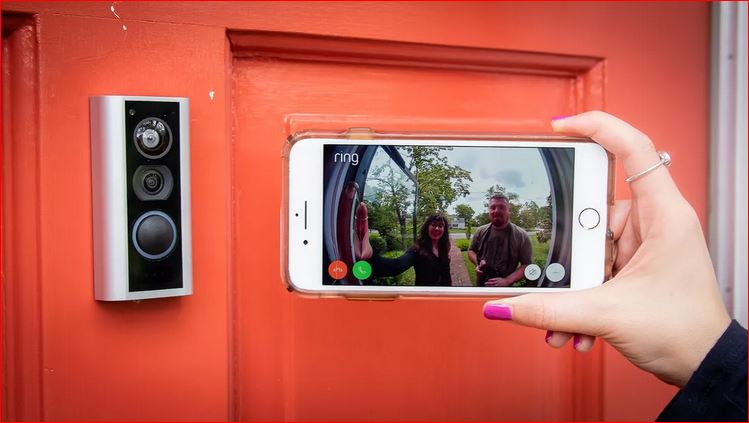 Seward will be the first city in Alaska with local law enforcement to actively work with Amazon. The vehicle is the Ring smart doorbell, a device that is loading information from your home straight into the Amazon cloud.  Amazon bought Ring in 2018, as the demand for personal home security devices exploded.

Do the citizens of Seward realize this?  Do the local politicians?  Has anyone even discussed this arrangement locally?  Worst of all, do we want to see Alaska, starting with Seward, become a surveillance state? Alaskans have always prided themselves on independence and freedom, and yet here we are on the front lines. Do we want police to have access to personal surveillance systems at the click of a button? 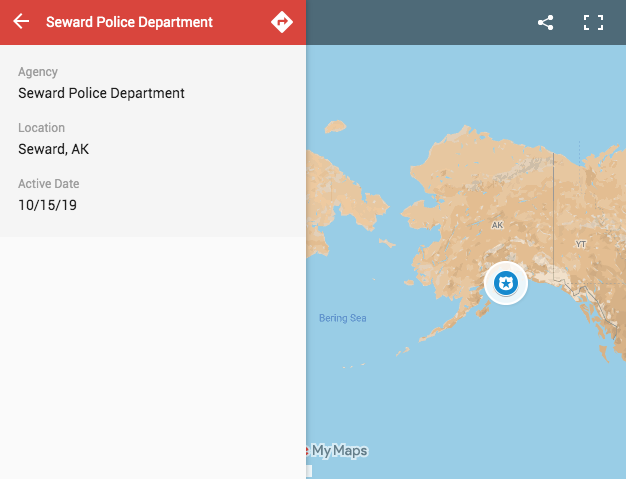 Pro civil liberty advocates are raising the red flags on privacy issues as the tech giant Amazon gathers video, audio, and facial recognition data from its devices. This story broke big across the United States earlier this year when it was discovered that Amazon has been marketing the devices and technology to police departments across the nation — turning police into de facto advertising firms for Amazon’s products and services. Will Seward PD do promotions for Amazon Ring, as seen in other departments across the lower 48?

Amazon Ring provided a Neighbors Law Enforcement Map to the Washington Post, showing all activated police partnerships with the company. The map had no entries for Alaska.  Just to make sure, I contacted the Anchorage Police Department (APD) in August and was assured by MJ Thim, the communications director at APD via email that “We have not partnered with Ring.”

After this communication with APD, I discovered a new star over Alaska and it was the Seward Police Department, activation date October 15th, 2019. Seward PD is the first police department in the State of Alaska to start working with Amazon on citizen surveillance.

The Seward Journal, Seward Police Department Facebook page, and Community of Seward Website page say absolutely nothing about this new partnership. This is very surprising to me and a bit disturbing because of the access the Amazon Ring provides for law enforcement and how the police version of the neighborhood apps works.

We do not yet know if this working arrangement with Seward Police Department is operational yet.  It may be waiting for the green light from Amazon.  According to the Ring representative letter below Amazon works very hard to make the partnership and promo not appear to be a paired event, even though it really looks like it is. These subsidy programs work well for Amazon as the primary beneficiary of police now advocating for their equipment to the public. The Houston Police last March ran a promotional deal funded by Amazon with free Ring devices. Citizens using Ring had to sign up for the Ring video recording plan paying a small fee of $3/month to Amazon.  This agreement also allows local police to have access to the collected data on request.

Taken from the Houston Police Promo

“Ring has graciously donated several Ring doorbell cameras to the Westside Division and your neighborhood “Briarwood” has been chosen to receive these doorbell cameras for free. There is limit amount of cameras to give out and there some requirements to receive the free Ring doorbell camera. The requirements on getting a free Ring doorbell are, you must have Wi-Fi internet service, sign up for the Ring video recording plan for a Small FEE ($30 a year or $3 a month), agree to allow HPD to access the cameras when a crime occurs when we request it, and must place the doorbell where it has a good sight picture.“

Amazon Ring isn’t going to stop your packages from being stolen, car being broken into, or bike from disappearing. What it will do is allow you, Amazon, and local law enforcement to see a video of it.

There is no statistical data that we can find as yet that shows this partnership makes neighborhoods safer. Amazon Ring also records everyone who visits your house, what is said, and what its camera sees. There is a reason Amazon is a trillion-dollar company.  As we have seen with Google and Facebook, if you don’t know what the product it in the online world, YOU are the product.  Our local police departments are now working with Amazon to sell Ring and the surveillance on your home it gathers.  This is not necessarily a positive activity for personal privacy.  Perhaps we should pump the brakes on this a bit.

It appears that Amazon controls the narrative and pre-writes almost all of the messages shared by the police across social media.  Is this why we have yet to hear from Seward on their new partnership?

For instance, for nearly three weeks in June, the Boca Raton Police Department was engaged in a partnership with Ring that went publicly unreported. The delay in announcing the city’s deal with Ring occurred at the company’s request. Emails show that Ring was interested in keeping the public’s attention focused on a separate subsidy deal it struck with the city designed, according to the city’s press release, to “incentivize the purchase of Ring Video Doorbells and Ring security devices.” (Two hundred residents were slated to receive $100 discounts on Ring doorbell cameras.) Keeping the department’s use of the portal under wraps, a Ring representative said, would help give the subsidy program “full public attention and greatest chance for success.”” Dell Cameron  7/30/19 5:34PM 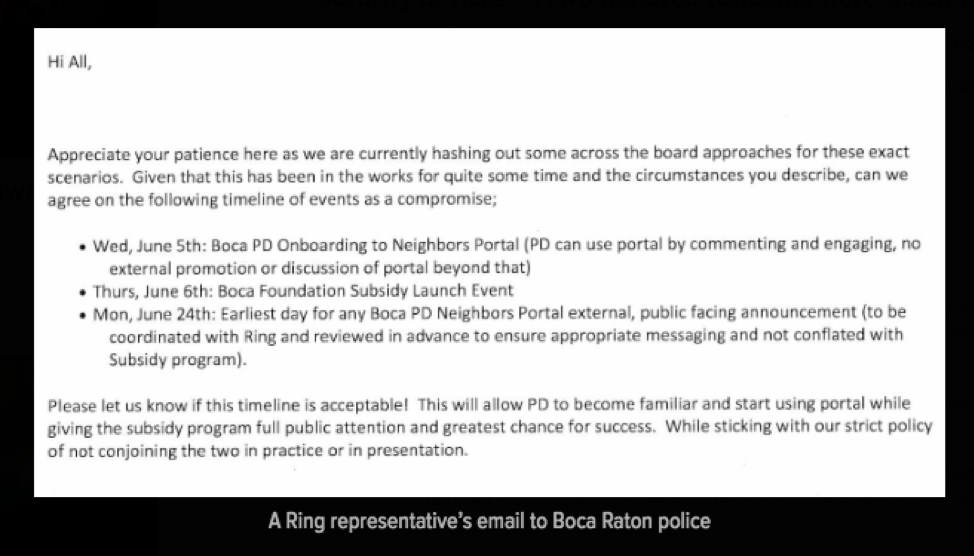 “I would say to anybody who thinks this is another case of Big Brother watching or us trying to invade privacy, go to step one: it took the consumer to invest in the product,” he said. “They chose to pay for a service that enables it to be viewed by either us or Ring. The consumer knows what they’re getting into… If you’re a good upstanding person who is doing things lawfully, nobody has concerns.” said Tony Botti, public information officer for the Fresno Sheriff’s Office, after partnering with Amazon.

Typically, there is a willingness on the part of the community to help with investigations, Botti added. However, he noted there is a workaround if a resident happens to reject a police request. If a community member doesn’t want to supply a Ring video that seems vital to a local law enforcement investigation, they can simply contact Amazon, which will then supply the video on request.  If the customer deletes it, they are only deleting their view of it, as the data remains on the cloud. This is entirely legal because cloud-stored data isn’t protected the same way wiretapping is.

“If we ask within 60 days of the recording and as long as it’s been uploaded to the cloud, then Ring can take it out of the cloud and send it to us legally so that we can use it as part of our investigation,” he said.

Typically, this shouldn’t be necessary, Botti said. According to what police have been told by Amazon, most people “play ball” because they want their community to be a safer place, he said, trading liberty for safety and in the end getting neither.

“The right of the people to be secure in their persons, houses, papers, and effects, against unreasonable searches and seizures, shall not be violated, and no Warrants shall issue, but upon probable cause, supported by Oath or affirmation, and particularly describing the place to be searched, and the persons or things to be seized.  4th Amendment

As far as I can tell, residents of Seward didn’t ask to be the tip of the personal data / privacy rights spear or even join that argument.  But today, you appear to be just that, as Amazon picked your community for the initial test for this sort of joint corporate – local government surveillance in Alaska.  Now that you have a new mayor, maybe it would be good time to at least ask Mayor Christy Terry about the new partnership your law enforcement is involved in.

Ultimately, the public needs complete transparency about what this partnership so they can make an informed decision about how much audio, video, and personal data from your front door that you want stored in their corporate servers to be available upon request to local law enforcement.

One Great Benjamin Franklin Quote About Liberty And Safety. https://wisdomquotes.com/liberty-safety-benjamin-franklin/

Everything American Cops Say About Amazon’s Ring Is …. https://www.gizmodo.com.au/2019/07/everything-cops-say-about-amazons-ring-is-scripted-or-approved-by-ring/ 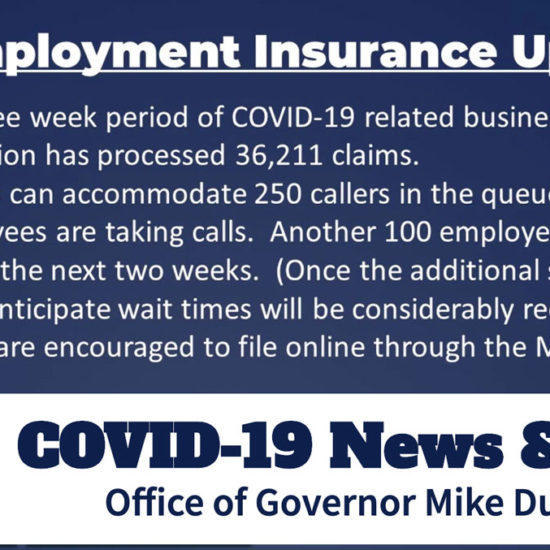 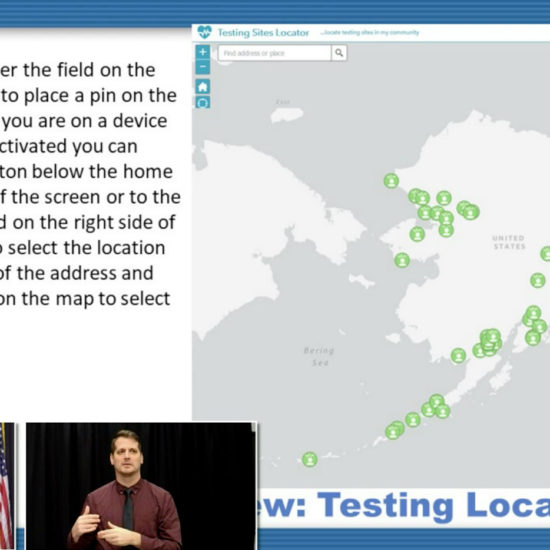 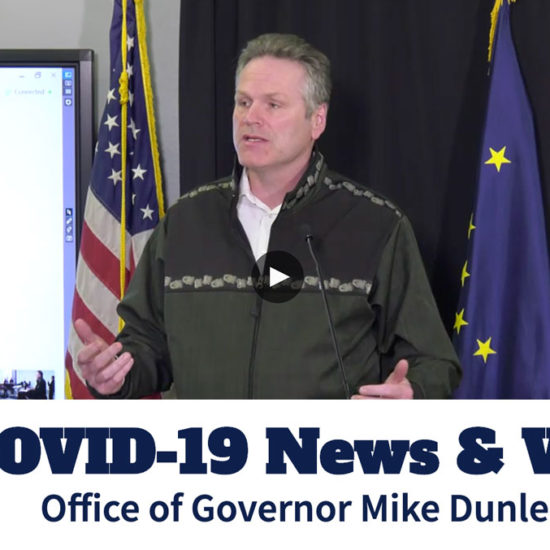 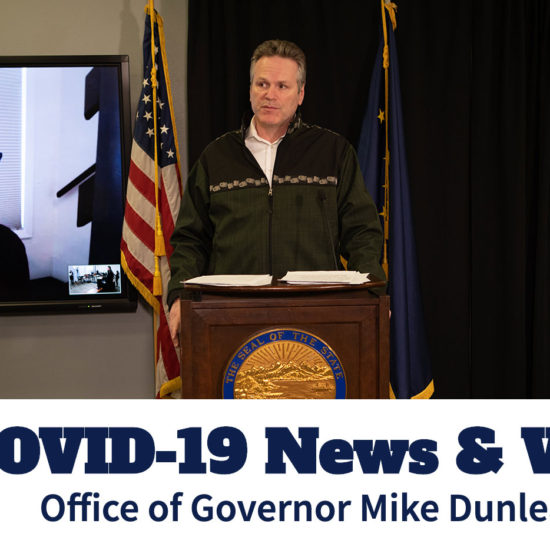 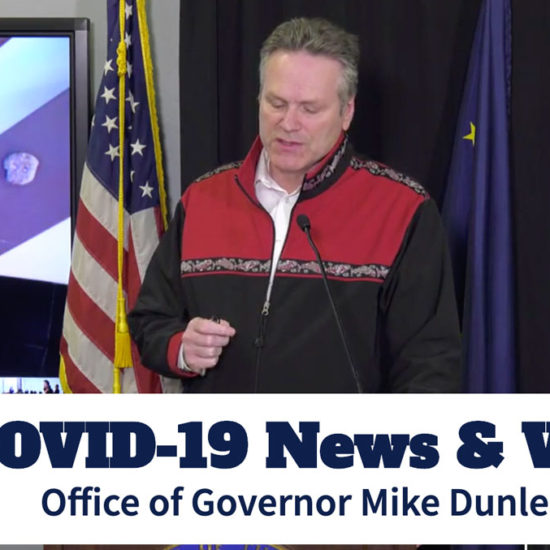