Classify this as a thought piece on the upcoming discussion between mandated vax , mandated pills, and future treatment mandates for COVID.

The current state of the art is the Biden vax mandate enforced by OSHA fines and firings aimed at those who refuse, for whatever reason, to take the jab.  Add to this, the determination last week to enforce the vax on children ages 5-12.  Note that the kiddos mostly don’t get COVID and the vax mandate for them will ensure that they mostly don’t get the virus either.  Quite the improvement in public health, that.

The point of this discussion is the introduction of Merck’s and Pfizer’s new anti-COVID pill.  For the conspiracy theorists out there, no, it doesn’t appear to be an Ivermectin variant, though that does make a wonderful, albeit cynical story.

Instead, the introduction of the new anti-COVID pill is incredibly disruptive to the current narrative.  As a review, the current federal (and all their House Organs, media, Big Tech, government, and public health) narrative is that the ONLY tools we are allowed to consider, much less use against COVID are (in no particular order):  vaccines, masks, lockdowns, and ventilators.  Remdesivir and monoclonal antibodies play a minor role in the current Passion Play, at least from the media point of view.

On the Other Hand, all discussion of alternative therapeutics including things like HCQ, Ivermectin, dietary supplements (Vitamin D and zinc being the most prominent) are at best ignored, publicly trashed, and always censored by media and Big Tech.  Interestingly enough, COVID seems to do its worst on people with some sort of inflammation.  And there are a lot of things that cause inflammation, obesity, for instance, studiously ignored by the media.  Likewise, there are a LOT of things that address inflammation, which in turn should help protect against COVID.

What is so important about the introduction of an anti-COVID pill?  Its introduction, regardless of how well it works (numbers today vary from 50 – 90% success), is that any successful outcome from its use undermines completely every single part of the adopted pantheon of Things We Must Do to defeat COVID.  Worse, the new problem becomes how to prove you took the pill or even were prescribed it without violating HIPPA?

Somewhere along the line, those that are selling or supporting use of the vax will have to diminish the efficacy of the pill or vice versa, for both can’t exist in the same space.  It is this discussion that leads directly to cognitive dissonance by the proponents, which is defined as an attempt to simultaneously hold two conflicting beliefs.  Simply, if the pill works, you don’t need the vax.  If the vax works, you don’t need the pill.  How do you deal with that?  How do you prove that?  Better yet, whose blankety-blank business is it what you did and why you did it?

This will be a lot of fun to watch.  Bring or buy popcorn.  Sadly, had the Usual Suspects simply allowed the typical robust, American debate to take place, none of this would have happened.  The Powers That Be (including the Anchorage Assembly) were far more interested in compliance than arriving at the best solution for Anchorage residents in particular and Americans in general.  They demanded a single, point solution for a population of over 330 million formerly free people which is why we’re now vaxxing kids.

As we’ve seen with O’BamaCare, one size fits all medicine not only doesn’t work, but it is unaffordable.  It is an approach that ignores our diversity.  As an aside, I remember a time where diversity was not only celebrated but all but demanded.  Today, that diversity of biology and opinion is crushed under the boot heel of compliance.

Had we had the debate (which would still be underway), we wouldn’t be where we are today.  A Tablet Magazine four-part series on the ramifications of this approach is well worth your time.  It is long.  It is also powerful.

COP26: How the quest to become carbon neutral is destroying the West's development efforts while Alaska gets stuck in the crosshairs 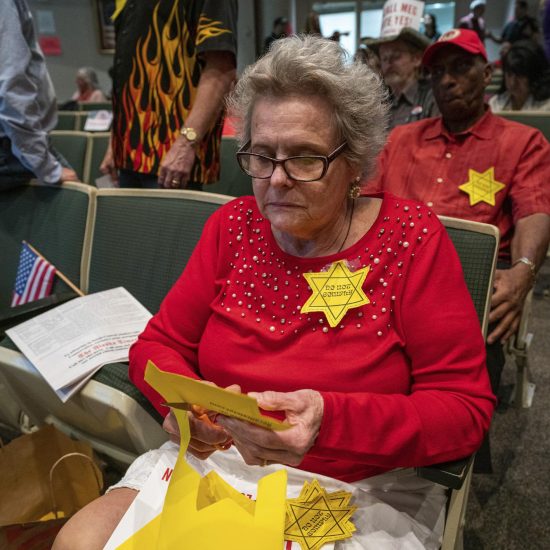