Nothing like breathless reportage about Mayor Bronson, AWWU, fluoride in local water, and a possible hazmat event to start the Christmas Season off with a bang.  Not only do we get to flush the anti-fluoridation contingent out of the woodwork, but we also get to put the chemtrail aficionados in play.

Last week, Mayor Bronson issued a response to breathless stories in the ADN and Alaska Landmine about an October 1 visit to AWWU.  Note the date, as the story broke a full 10 weeks after the visit.

Suzanne Downing in Must Read Alaska reported the mayor’s statement following the flurry of shocked, simply shocked pieces in local blogs and media.  The Alaska Landmine posted a piece on Dec 17.  Alaska Public Media posted a piece on the same day.  So did KTUU and the Midnight Sun.   The New York Times posted their piece the previous day.  All the stories basically said the same thing.  Nothing like a little coordinated reporting by the Usual Suspects in local and national media.

Members of the Assembly were likewise shocked about shutting off the fluoride and vowed a full and complete investigation.

What happened?  On Oct 1, the Mayor and members of his staff visited the AWWU water treatment plant at Eklutna.  During that visit, Bronson was told by some to be determined number of employees that working with fluoride was difficult (and it is), and they were exposed to fumes that burned eyes and throats of staff who handled it.

With appropriate concern for health and safety of Muni employees, Bronson ordered a shutdown of the fluoridation operation.  This shutdown ended up being temporary, around 5 hours, as according to the Muni Code, fluoridation must continue.  So, he ordered a resumption of the operation with proper attention to hazmat safety precautions.

Note that all the caterwauling about what is being painted as an illegal shutdown of a lawful activity by the Usual Suspects is an attempt to have it both ways.  On the one hand, if the mayor is told about a hazardous situation going on at the Muni and does nothing about it, he is liable under OSHA and a variety of other health and safety regulations for not taking appropriate action to mitigate that hazardous situation.  Think of the number of very public and very loud possible lawsuits.  On the other, he is now being blasted for taking that positive action.

The union representing AWWU employees got into the act, claiming they never heard any complaints.  Of course, had Bronson allowed the situation to continue, the very same union officials, all of whom supported Forrest Dunbar for Mayor last April, would claim that Bronson was negligent, and all the Usual Suspects would be writing articles about that story today.

If I were a cynic, I would suppose that this was a setup, aimed at triggering a raft of anti-Bronson stories.  While they wrote about his action, my guess is that they really wanted to write about his inaction.  My other guess is the stories were already written before Dec 16.

From here, Bronson made a good faith attempt to do the right thing to protect health, safety and working conditions of Muni employees.  When he found he couldn’t do it the way he initially tried, he worked the problem from a different approach.  Of course, none of this is sufficient for the braying pack of anti-Bronson media and lefties gleefully demanding a chunk of his hide or even a head on a pike.

Note that over the entire event, fluoridation levels in Muni water never fell below the mandated levels.  Essentially, no harm.  No foul.

The AWWU union droids who thought up this little stunt need to be very, very careful, as the hazmat world works a lot like the sexual harassment world.  That is, once you make a claim or a complaint, your employer is required BY LAW to do something about that problem.  Bronson did.  And for that he is being blasted by the Usual Suspects on the left and in the media in what appears to be a coordinated political hit.

What a nice Christmas Present for Anchorage Residents, self-identification of another group of public employees, union members, we can no longer (and should no longer) trust, all engaged in a smarmy little attempt to make some political hay for union leadership, the Assembly, their media enablers and cheerleaders. 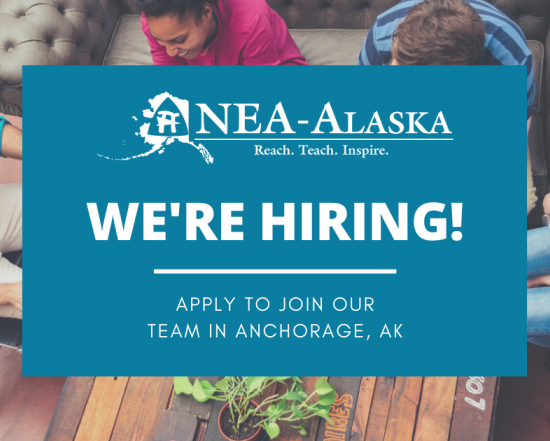