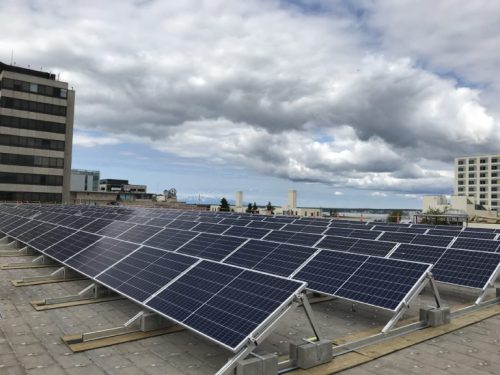 The 77-kW system is Alaska’s largest rooftop system, expected to generate just under 81 MWh of electricity a year, around 9% of the total used by the Egan Center every year.  The Muni touted $700,000 in savings, starting with over $20,000 in year 1, claiming it will pay for itself in less than 8 years.  Most disingenuously, the Muni claimed it was paid for out of the Convention Center Capital Reserve Fund, $200,000 that will not be available the next time the Egan needs some sort of capital improvement.

The project was completed with much fanfare last summer, unveiled July 10 by the Mayor who prattled on about the project developing a new industry in Anchorage and across Alaska, allowing that “… we can do it in ways that are fiscally responsible and in ways that help satisfy our responsibility in terms of addressing climate change.”

The problem with all this is that in order to prove this sort of “improvement” actually is cost-effective, you have to take data.  Apparently, the Muni isn’t, as repeated requests for data from the Sustainable Anchorage (climate change) office and UAF’s ACEP Solar Technology Program have been ignored.  The relevant agencies are either not gathering performance data or not wanting to release it.  Either way, without data, all the magic claims of solar energy in the cold country are simply arm waving.

And the Egan is not the only Muni building with solar panels under Mayor Berkowitz.  Fire Station 10 had 9.3 kW of solar panels installed in 2019.

Anchorage is not the only place installing solar to media cheers and taxpayer sighs.  Maine Governor Janet Mills installed $63,000 of solar panels on the Governor’s Mansion in Augusta.  This project is about a third of the size of the Egan.  And like the Egan, it was massively oversold, especially its cost savings over time.

In this instance, the August project was sold as a way to save $2,750 in the first year.  Actual savings was $1,578.  Rather than 23 years to pay the cost of the installation, it will take over 40 to pay for the cost of installation.  And solar panels have a 20-year lifespan, losing 1% efficiency each year.  So, the cost savings actually realized is around half of what was originally promised.

If you do a little more math on the yearly cost savings, the Augusta installation is saving around $4.32 per every 12-hour day.  August Maine has similar problems to Anchorage, with its days varying between 8 – 16 hours long.  This means that during the winter, the panels are generating around $3/day in the winter.

Here’s the fun part.  Augusta also gets snow.  It also has a $12/hour minimum wage.  At $3/day generation in the winter, it is not cost effective to clear snow off the panels.  So, they don’t, losing all those snow-covered generation days.

And Anchorage is doing the very same thing with the Egan panels, likely because they can’t afford to clear snow off the panels in the winter, losing months of generation.

Here’s another way to look at this.  The photovoltaic guys publish a series of maps describing what they call solar insolation.  In Augusta, Maine, insolation brings in around 1,600 kWe/m2 per year.  In Anchorage, that number is around 1,300 kWe/m2 per year, an incoming energy loss of 19%.  Additionally, average electric costs in Anchorage are about twice those of Augusta.  Multiply the deltas, and you end up with a solar array in Anchorage able to pay back electrical costs about 1.6 times faster than the one in Augusta.  And if the actual performance of the Augusta array is only half that of what was expected, expect similar performance from the Egan array, essentially doubling the electrical payback time.  14 – 16 years gets very close to the time of useful service of a solar array (20 years).

None of this even acknowledges much less rolls in generation losses in the winter when the arrays are covered with snow, hoarfrost or dirty ice.  It does not consider generation losses due to coverage with ash or dust during the summer.  As such, the claims of cost savings and payback are little more than arm waving.

From this analysis, it is no surprise that the Mayor, his Sustainability Office and UAF are all quiet about what is actually going on and their failure to make data available to a public request.  Government-mandated solar is just as much virtue-signaling as plastic bag bans are.  They are ways for the climatistas to feel good about themselves at taxpayer expense.  It is a way for democrat politicians to pander to the media and greens.  But they end up being very, very expensive donations to the Holy Cause, all in the name of Sustainability, for Forgiveness of Our Original Sin against Mother Gaia, and endless promises of the idyllic future Nirvana of a green, sustainable lifestyle.

None of this is ever free.  Someone ALWAYS pays, regardless how well the cheerleaders do lead cheers (and they are very, very good at what they are doing).  As money is fungible, when they take it from one bucket, in the case of the Egan Capital Improvement Fund, they will be coming once again to the taxpayers of Anchorage when the Egan needs the next capital improvement, they are unable to afford. 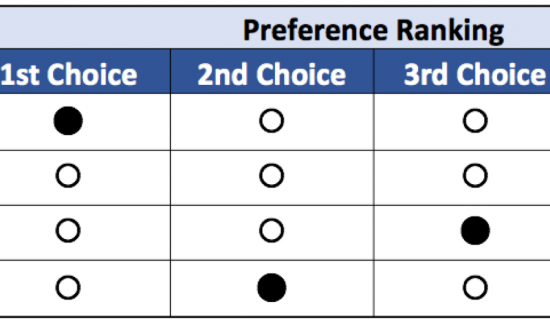