I am a long-time fan of the old comic strip Calvin and Hobbes, which features a feisty youngster, Calvin, his toy plush tiger, Hobbes, beleaguered parents, and equally beleaguered friends.  Calvin lives in a fantasy world of a moderately wild imagination.

One of the things he and the tiger do is play a game called Calvinball.  This is a game that is never played the same way twice, never has static rules, and uses all sorts of different scoring and penalty criteria.  Did I mention the rules changed every time the game is played, sometimes even during the game itself?

Prop 2, the so-called better elections initiative is a 26-page rewrite of elections here in Alaska.  Generally, ballot initiatives are limited to a single topic.  Otherwise the state courts toss them.  Not so this year, as the black-robed politicians sitting on the Alaska Supreme Court approved this initiative, which covers 7 – 9 different topics, for the November ballot.

The initiative was funded almost entirely by Outside money, you know, the sort of “dark money” they are promising to ban in their campaign.  They got Young Master Jason Grenn, who never came across something politically stupid he didn’t want to do, to be the local front of the campaign.  If you really want to control dark money in Alaska elections, you don’t need 26 pages of turgid legalese to do that, meaning something else is being done, as the campaign and its backers hold out a bright shiny of controlling “dark money” while sneaking something else in the back door where you aren’t looking.

And that something else is instituting something called ranked choice voting in Alaskan elections.  Ranked choice voting means that you don’t have to vote for a single candidate on a ballot.  You vote for multiple candidates and rank your choices in order.  If a candidate gets 50%+1 in the election, that candidate wins.  If not, the ranked choice machinery kicks in, and starts combining first choices, second choices, and removing candidates as this math is done, sort of an automatic runoff.  Along the line, if your ballot does not have anyone in the automatic runoff, it is discarded as an exhausted ballot.  So much for counting every vote.

The Alaska Policy Forum sent along a link to a report out of Maine which has ranked-choice voting entitled Report:  The Failed Experiment of Ranked-Choice Voting earlier this week.  It is a real eye opener and well worth your time and energy to read.

Problems with ranked-choice voting include (but are not limited to), sheer complexity of the machinery, injecting intentional confusion into elections, destroying trust in elections, discarding of ballots, electing people who do not necessarily get a plurality of the original vote.  An analysis of 96 ranked choice races across the US found that nearly 11% of all ballots were discarded sometime in the process as exhausted.  There was a 2010 race in SF where over 9,600 ballots were exhausted during the process and the prevailing candidate only received just a shade over 4,300 votes.  Worse, by the end of round 20 of tabulation, the number of exhausted ballots by that round were about equal to those actually awarded (counted).

Ranked-choice voting also disenfranchises voters with the least education, as they are the least likely to make multiple entries on a ballot.  When voters leave blanks on their ballot, those ballots are more likely to be exhausted, removing them from participating in the election.  As disenfranchised voters understand they no longer have a say in elections, they quit voting, which in turn reduces turnout, something this was supposed to solve.

None of the claims made by proponents of this method end up being supported by data from ranked-choice elections here in the US.  None of them.  A candidate does not need a majority to win.  Negative campaigning and the impact of money in politics are not removed.  If anything, it has gotten worse under ranked-choice.  In some instances, more first place votes can hurt rather than help a candidate.  Rather than provide more choices for voters, ranked-choice systems can tend to neuter third party candidates.

Multiple jurisdictions in the US have repealed ranked-choice voting.  These include Burlington, VT, An Arbor, MI, North Carolina, Aspen, CO, most for the rationale described earlier.  Yet it is being pushed by big money and is on the ballots in AK, MA, ND, AR and San Diego.

If you want to blow up elections here in Alaska for a long, long time, support this initiative.  Otherwise, keeping things predictable and simple (either a winner or a runoff), defeating this would be the appropriate vote in November.  Calvinball is great for a growing youngster.  It is hardly the model for building a system of elections here in Alaska. 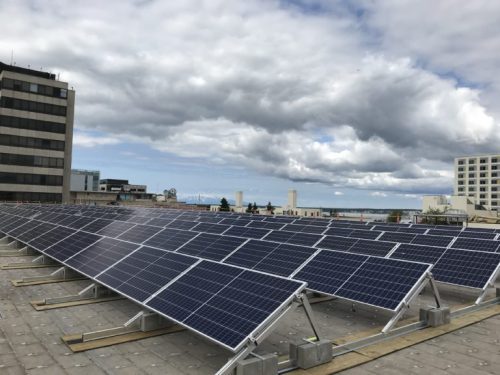