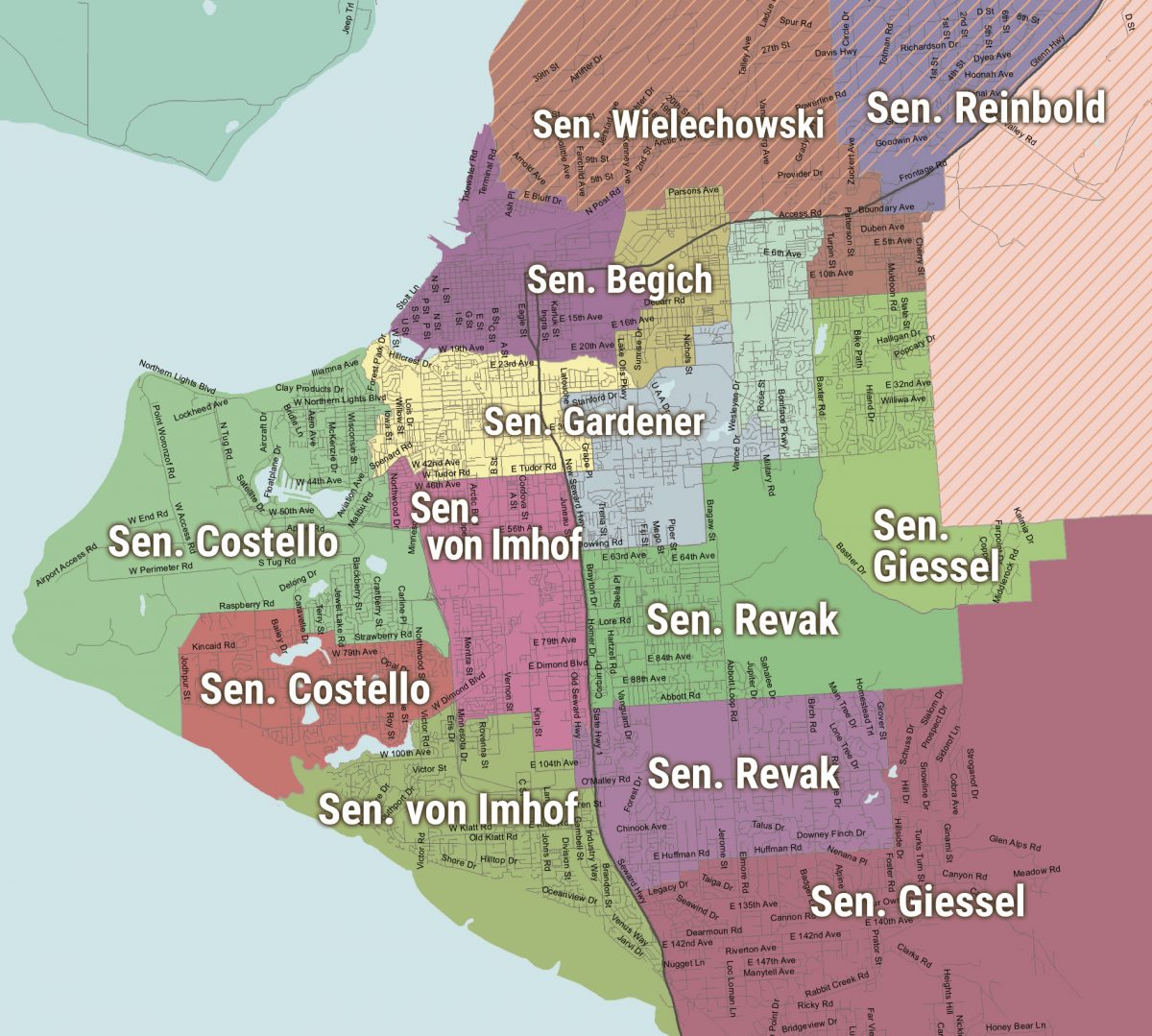 After a few head fakes, we have three candidates for the Alaska Senate Seat L currently held by Natasha von Imhof.  In the primary, we were treated to a two-way Republican race between Stephen Duplantis and von Imhof.  We also had blogger Jeff Landfield gathering signatures to run as an independent.  And we had Roselynn Cacy running as a democrat.

The primary in District L was surprising, as Duplantis came close to upsetting von Imhof.  It appears that his success was due to some combination of District L Republicans displeasure with the way the Republican Senate majority operated, its interest in cutting PFD while not cutting state spending, and von Imhof’s personal loyalty to incumbent District 24 House member Chuck Kopp.  Kopp was despised and defeated by almost a 2:1 vote of the people who put him into office.  Election results can be found here.

Following the primary at the Great Sort when democrats drop out of races and replace candidates who claimed they really, really wanted to get elected to the seat with those who they think can beat Republicans easier, Landfield dropped out.  Unfortunately, Duplantis decided to mount a write-in campaign, indicating he does not fully understand how this game is played.

So, we are left with three candidates, a democrat, a Republican who does not understand what losing a primary election means, and the incumbent, Natasha von Imhof.  Both Duplantis and Cacy have promised to fund the PFD at its statutory level.  Cacy promises a balance budget.  Neither has a said a word about how to downsize the size of state government to balance the budget.  Perhaps pixie dust and unicorn flatulence will work this time around.  My guess is not.

But there are other issues out there, issues that von Imhof has been addressing.  For instance, she knows as much as anyone in the state about the budget and how to cut it.  As a former member of the Anchorage School Board, she understands public education.  As a mother of two, she understands the utter disaster that closing Anchorage Schools has been for working mothers.  She has been a strong advocate and supporter of resource development, something we have not seen out of any elected democrat since Tony Knowles.  Finally, she understands like all of us lived with the wanton economic disaster visited on both the State of Alaska and the Municipality of Anchorage by the COVID lockdowns.  The only way to grow this economy is to get Alaskans back to work, something neither other candidate even acknowledges exists.  We are still a resource development state.  Time to develop some.

This upcoming legislative session is going to be a real difficult one as we slog our way through the economic damage wrought by the lockdowns.  The only, only way to get from where we are today to a future with jobs and economic development is to downsize state spending and move control of that spending as close to the people of Alaska as humanly possible.  Democrats like Cacy do not believe that worldview even exists.  Republicans who can’t figure out they lost a primary can hardly be trusted on the hard stuff either.

Everything Is Unpredictable in Alaskan Politics